A SHORT HISTORY OF THE CHURCH ARMY

How it all started

In 1882, the Rev. Wilson Carlile, a young curate at St. Mary Abbott, Kensington, England, began to have open-air services opposite the Kensington High Street Station. His aim was to take the Gospel to persons who would not come into the Church. Interested persons would be taken to the Vestry Hall for a short service ‘with bright hymns and choruses’, extempore prayers and a very brief address.

Carlile was assisted in the open-air services by local working men.  He later saw the need for these persons to receive training in order for them to be effective, and so in 1883 training of officers commenced. From such humble beginnings, the Church Army was born.

Church Army in Jamaica – How it began

According to the late Bishop Evans in “A History of the Diocese of Jamaica”, the Rev. F.H. Perkins, an English clergyman, introduced Church Army into Jamaica in 1892. He trained ‘cadets’ at Stony Hill. Apparently there were 106 ‘soldiers’ of the Church Army enrolled in various parishes. The group did not last for very long, because by 1896 the Army had disappeared.

In 1958, Church Army was reintroduced to the Diocese, when the late Bishop Percival Gibson invited to Jamaica Captain Ernest Cousins, an English Church Army Officer, who was then in Trinidad. He was joined by a Jamaican, Roy Wilson, and a Barbadian, Noel Foderingham, who had enrolled and trained in the Church Army College in England and were commissioned Officers. These three Church Army Captains concentrated mainly on open-air work and Parish and Diocesan missions.

The first candidate sent from the Diocese of Jamaica for training was Egbert Robertson who served the Diocese faithfully for many years both as a Church Army Captain and later as a Clergyman. Many others have been sent for training over the years,

Officers were formerly trained at the Wilson Carlile College of Evangelism in England from which they graduated with a Diploma in Evangelism.  In 1999, an agreement was reached with Canada and our officers were sent for training at the Taylor College of Mission and Evangelism in New Brunswick, Canada. Training usually lasts for three years, but more mature persons may do a two-year intensive training programme.

On completion of training, officers returned to the Diocese of Jamaica and the Cayman Islands for licensing and deployment.  Since 2011, efforts have been made to do training locally.

– Sister Averill (Gem) Roberts is in residence and is in full charge of the Church planting in the Longville Park Housing complex, is Chaplain at Glenmuir High school and serves at St Gabriels Cure in May Pen

– Sister Melvorn Stewart is at the Cornwall Regional Hospital as Chaplain and serves in the  Holy Trinity   Cure  Montego Bay .

– Sister Myrel Retired  as of July 2018 however she is still in charge of the Children’s home until the replacement starts.

33  Persons currently in Training to be completed in 2020.

Church Army Jamaica, unlike its sister societies, is not an autonomous body and operates within the framework of the Diocese of Jamaica and the Cayman Islands. Officers are available to conduct evangelistic missions and to assist or give guidance in the planning of such missions throughout the diocese, as well as training in evangelism.

Church Army is an international body and currently operates in the following areas: Africa (Kenya & Malawi), Australia, Barbados, Canada, Jamaica, New Zealand, the United Kingdom,  the United States of America, Vanuatu.   The National Leaders of Church Army, Board or Council members and Trainers meet every two or three years in what is known as the International Leaders’ Conference. Church Army Jamaica hosted this conference in 2008.  There are also quarterly teleconferences by which we connect with each other to discuss CA matters and pray for and support each other where possible.

Since 2011, CA started the Associate Evangelist Programme (AEP).  Two groups of persons have already successfully completed their training and will be commissioned on November 16 at 3:30 p.m. at the Cathedral, Spanish Town. 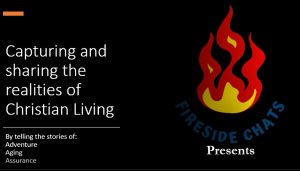 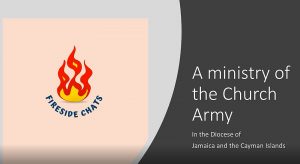 Publish on March,31 2019 Comments(0)
The focus for Church Army, Jamaica and The Cayman Islands for the Year 2018 was to grow the Church Army…
Read More
Categories: Church Army 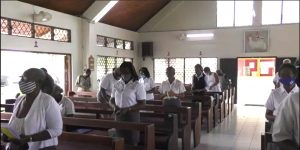 At the beginning of 2021 a team comprising full-time officers and associates began to meet together to pray and plan…
Read More
Categories: Church Army