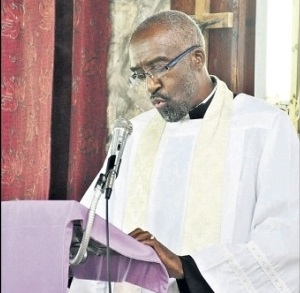 The Venerable Patrick Cunningham has been appointed Archdeacon of Kingston, effective May 1, 2014. This follows ratification by the recent Synod of amendments to Canon LII to provide for re-organisation of the Diocese into three Regions, instead of four; and gives effect to the Resolution passed at the Special Synod held in Mandeville in October 2013.

The three regions are Kingston, Mandeville and Montego Bay, each of which will be supervised by a Suffragan Bishop.

Archdeacon Cunningham, who previously served as Archdeacon of the Eastern Jamaica Region, succeeds the Venerable Dr. Edmund Davis, who went on pre-retirement leave on April 30 after serving for 44 years in the priesthood, with five of these as Archdeacon.

Archdeacon Cunningham, who celebrated 30 years in the priesthood in 2013, will remain Rector of St. Luke’s Church, Cross Roads.