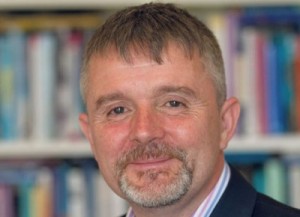 The Rev. Canon Professor Martyn Percy, noted British theologian, author and recently-appointed Dean of Christ Church, Oxford, will be leading the Kingston Region’s Clergy Retreat, to be held from May 19-22 at the Hillcrest Diocesan Retreat Centre, in Brown’s Town St. Ann.

The theme which Canon Professor Percy has selected for the Retreat is “Church, Culture and the Kingdom of God: Being Christian Today;” and he will focus on how the life and ministry of Jesus shapes the church today.

Canon Professor Percy, who will take up his appointment as Dean of Christ Church, Oxford in October 2014, has been Principal of Ripon College, Cuddesdon, Oxford, for ten years. He is also Honorary Professor of Theological Education at King’s College, London and Professorial Research Fellow at HeythropCollege, University of London. He is currently an Honorary Canon of Salisbury Cathedral, having previously served as Honorary Canon, and later as Canon Theologian at Sheffield Cathedral.

This eminent clergyman has also undertaken a number of roles in public life, specialising in media and consumer affairs. A prolific author, his academic writing and research have mostly centred on the study of Christianity in contemporary culture, with interests spanning Anglicanism, theological education and modern ecclesiology, including work on fundamentalism and revivalism.

On Saturday, May 24, the Rev. Canon Professor Percy will meet clergy and church workers of the Mandeville Region at St. Mark’s Church Hall, Mandeville. The three-hour session from
9.30 a.m. -12.30 p.m., will focus on the topic: “Preparing Congregations for Mission Today.”