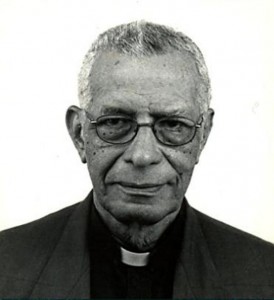 Unveiling of a plaque in honour of former Rector, the Rev. Canon Weeville Gordon, will be the centerpiece of the Patronal Service at St. Matthew’s Church, Allman Town, next Wednesday, September 21. The plaque will be unveiled by his widow, Mrs. Ellonia Gordon.

The Rt. Rev. Robert Thompson, Suffragan Bishop of Kingston and Canonical Administrator, will be the celebrant and preacher at the Service which will begin at 5.30 p.m; and will be attended by Governor General, Sir Patrick Allen. The Kingston College Chapel Choir will lead the singing.

Canon Gordon was ordained to the priesthood in 1953. He was appointed Rector of St. Matthew’s Church in 1963 and continued as pastoral leader until his retirement in December 2002. This outstanding clergyman who served as Secretary of the Diocesan Synod and also represented the Church at the regional level, is remembered, in particular, for his 40 years of service in Kingston’s inner-city communities.

He was instrumental in establishing outreach programmes for residents of Allman Town. Among these was a vibrant skills training programme at the Church which provided employment for hundreds of young persons.

Several School Boards and organisations also benefitted from his membership. These included the then Mico Teachers’ College; the Wolmer’s Trust Board; the Municipal Services Commission; the Board of Supervision for the indigent; and the Board of Peace and Love in Schools (PALS) which promoted peaceful conflict resolution strategies among students.

A former Custos of Kingston and Deputy Governor General, Canon Gordon was awarded the Order of Distinction, Commander Class (CD) in 1994 by the Government of Jamaica; and, on his retirement, he was presented with the Keys to the City of Kingston for his invaluable contribution. He died in November 2010.

St. Matthew, the Patron Saint, who is also being celebrated by the Church, wrote the first Gospel in the New Testament, and was one of Jesus’ twelve disciples.