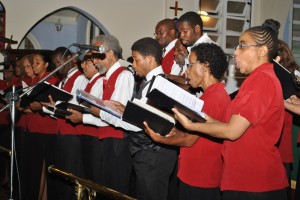 The Diocesan Festival Choir which is the country’s longest serving musical ensemble, will be celebrating its 90th anniversary next year.

The Choir is inviting applications from singers interested in performing with the Group in a concert series to commemorate the anniversary milestone. A Notice issued by the Suffragan Bishop of Kingston, the Rt. Rev. Robert Thompson, who is also Chairman of the Choir’s Management Committee, stated that applicants “should have a keen interest in choral music, a sound musical background and the ability to sing at 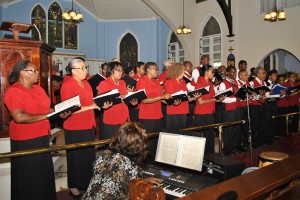 Applications outlining previous musical experience should be sent to: bishop.kingston@anglicandiocese.com by October 6, and an audition will be arranged. 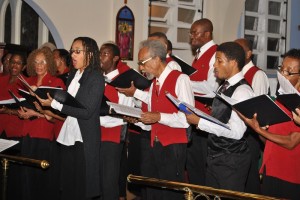 Formed in 1924 to commemorate the 100th Anniversary of the founding of the Diocese of Jamaica, the Choir was established as a permanent organisation on May 13, 1925 under the direction of Mr. George Goode. The Choir has become well-known for its presentations of classical and church music; and it has performed at worship services, concerts, civic and national events. It has also undertaken concert tours in the Cayman Islands and Barbados.

The Choir, which comprises just over 40 members, includes singers who also perform with other groups such as the National Chorale of Jamaica, the NDTC Singers, the Jamaican Folk Singers and the Portmore Chorale. 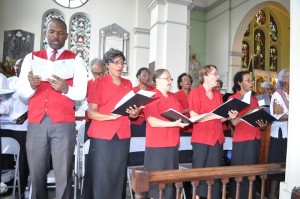 Described as “a Jamaican institution dedicated to God’s glory,” the Diocesan Festival Choir continues to fulfill its objective of promoting choral music as an art form; and it has maintained a strong tradition of excellence. Although it operates under the auspices of the Diocese, its membership includes a cross-section of the Christian community. The Choir is directed by Mr. Michael Sutherland; and the accompanist is Mrs. Ann Trouth. It meets for rehearsal on Mondays at the St. Luke’s Church Hall.