The controversial subject of abortion, which has attracted debate locally and internationally, was addressed by the Rt. Rev. Howard Gregory, Bishop of Jamaica & The Cayman Islands in his wide-ranging Charge to the Church and the nation, delivered at the Opening Service of the Diocese’s 149th Synod in Montego Bay recently.

He stated that, consistent with reflection in the Anglican Communion, the church forbids “abortion as a means of birth control, family planning, sex selection or any reason of mere convenience.” However, he noted that “the church allows space for abortion only in cases of rape or incest, cases in which a mother’s physical or mental health is at risk, or cases involving foetal abnormalities.”

At the same time, Bishop Gregory asserted that the church takes seriously the crucial role which a woman plays in the decision-making process, and who must be accorded due consideration and respect. He urged members of the Christian community to engage in respectful dialogue on this matter, instead of adopting emotional positions at extreme poles, as had occurred with national politics.

The Diocesan bemoaned the lack of compassion by many persons “who affirm the sanctity of life,” in their response to generations of women who had their babies under very challenging circumstances, only for their children to be given the dishonourable status of  ‘illegitimate’ – a situation which was only corrected by state legislation. Ironically, he said, many of these mothers make up a significant part of congregations in the Diocese; but, unlike Lazarus at the gate of the rich man, Dives, they are within the household.

Bishop Gregory also questioned the basis on which many persons who are uncompromising about the sanctity of life with regard to abortion, are equally unyielding in their support for capital punishment; and he pointed to the perfect example of grace and compassion demonstrated by Jesus in his encounters with persons such as the woman caught in adultery, and those he healed on the Sabbath.

The Bishop concluded: “Sisters and brothers, grace is not just about a word spoken or a law invoked, but an attitude and vantage point from which we approach human beings wrestling with the fundamental and complicated issues of life.” 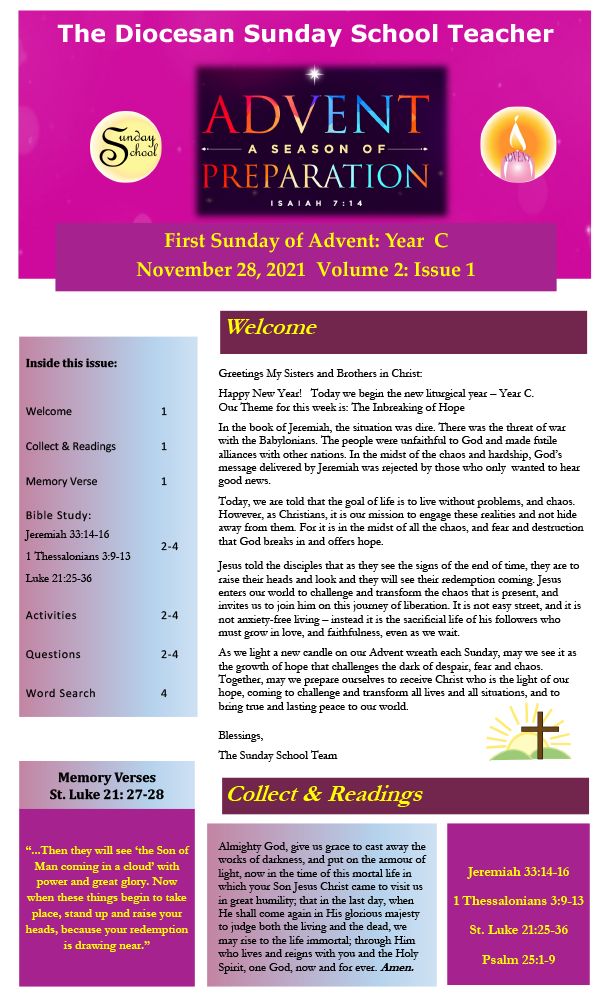