Dr. Heloise Lewis celebrated her 100th Birthday with her extended family and friends on Saturday July 15, 2017 and followed up with her church family at the Church of the Ascension, Mona on Sunday 16 July 2017. The daughter of Methodist Clergyman Rev. Reginald Enos Philips and Fredericka Philips was born in Colonels Ridge, Clarendon on July 15, 1917.

A distinguished educator and practical social activist, her activities, some of which continue, have spanned eight (8) decades. As an educator she distinguished herself as teacher at the primary, secondary, tertiary and extra-mural levels; examiner; trainer of teachers; and administrator. A master Spanish teacher she wrote the series of Spanish textbooks “Vamos Amigos” used in secondary schools in the Caribbean since the 1960’s.

Dr Lewis claims that her work and enthusiasm were kept ablaze by the quotation:

“Be labour great or small

Do it well or not at all”

Her social outreach included the Girls Guide movement where she became Island Commissioner for the Rangers; the Young Women Christian Association (YWCA) of which she was a two-time President; and the Jamaica Association for the Deaf (JAD).

In relation to the church, Dr. Lewis and her husband CT Lewis were foundation members of the now, 56-yearold Church of the Ascension, Mona. The two served long and with distinction every Organisation in the Church. She is still an active Member of the Women’s Guild, the Mothers’ Union and the Harvest Supper Committee; consultant to the Choir and Editor of the Church’s Weekly Bulletin.

Dr. Lewis attributes her drive for social and church work to her desire to live up to the maxim set by St. Paul: “By love serve one another”. (Gal 5: 13).

A devout family woman, Heloise got married to CT Lewis in 1938. The union produced three sons. She is the highly respected matriarch of an integrated and extended family. It comprises four strands-Philips, Lewis, Gayle and Wint- with members dispersed across the globe. Over one hundred (100) of them spanning three generations assembled to help her celebrate her  Century.

A master cook and baker, Dr. Lewis’ culinary skills are legendary. Her products and generosity have been and continue to be enjoyed by family, friends and strangers.

A product of St. Andrew High School for Girls, Dr. Lewis holds A Teacher Diploma from Shortwood Teachers College, a Bachelor’s Degree from the University of the West Indies, a Master’s Degree from the University of California, Los Angeles (UCLA) in the United States of America and the Doctorate from the University of Toronto in Canada. She has received for her work and generosity many citations, commendations and awards. These include recognition by the International Women’s Organisation, the YWCA, the Jamaica Association for the Deaf, Excelsior High School, Shortwood Teachers College, the Caribbean Examination Council (CXC), and the Church of The Ascension, Her most prestigious awards are the ORDER of DISTINCTION OFFICER CLASS (OD) in 2004 and the ORDER of DISTINCTION Commander CLASS (CD) in 2010 conferred by the  Government of Jamaica for service to the Deaf. 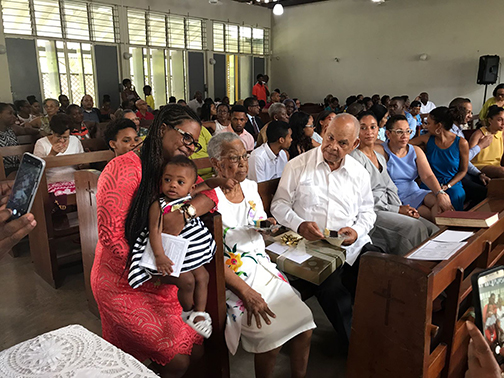 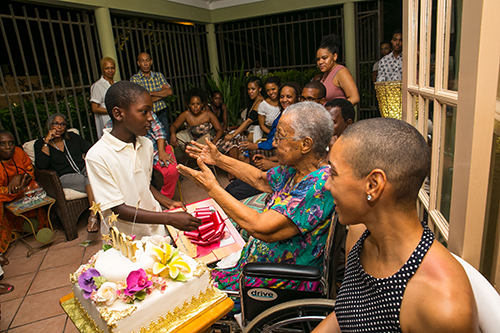