While I have highlighted that single sentence from verse 10 of Psalm 46, I would encourage you to read and meditate on the entire Psalm. 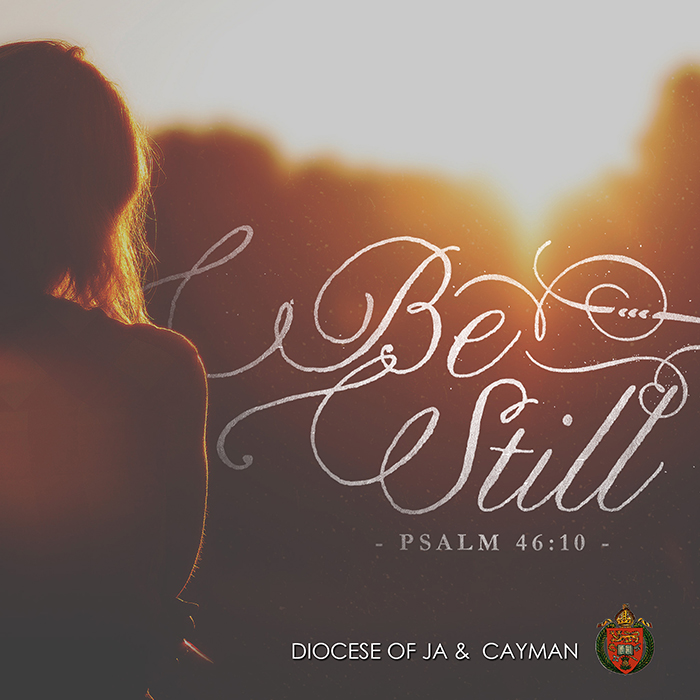 This past weekend was one of mixed emotions; there were those associated with the concert put on by my church, with performers and technical crew running non-stop, as we attempted a feat that had never before been done. That the performances were well supported and received is all due to the goodness and enabling grace of God.

But then, there was also the passing of a beautiful (inside and out) young lady in her prime, leaving behind loved ones who are understandably broken. Is it possible in such circumstances, to speak of the goodness and enabling grace of God?

What of the continuing drama being played out on the political stage north of us; the all-pervading power invested in a certain office and the implications for the rest of the world, is frightening, to say the least! Added to that is the fact that all over the world, even in places that would deny its existence, the many-layered scourge of racism and similar ills that rob humans of dignity and self-worth, is again being unleashed, either blatantly or in subtle, insidious ways. Can one experience the goodness and enabling grace of God in such situations?

These days, as I embrace maturity, hopefully in more than a chronological way, I am learning to appreciate the eternal value of being guided by the Spirit of God, as I navigate the uneven terrain of living amidst the already and the not yet. It is to this end that I believe Psalm 46:10 speaks volumes as it enjoins focusing on Almighty God rather than our fears and disappointments (cf. Matthew 14:25-31).

From a little book by Barbara Brown Taylor titled When God is Silent I happened upon previously highlighted sections that speak to our noisy world’s defense against sound and what she describes as the resulting fear of silence. She is in effect saying that to combat the warlike din of our personal and corporate lives, the discipline of stillness must be embraced, especially by those who would become the sacrament of God’s healing, calming presence in an infirm and raucous world.

Pointing to the fact that even our prayers, punctuated as they tend to be with pleas for the Lord to hear us, we give the impression that it is God’s duty to listen and ours to speak; Brown Taylor’s somewhat cryptic statement therefore, remains a challenge…

“God deflects our attempts at control by withdrawing into silence, knowing that nothing gets to us like the failure of our speech. When we run out of words, then and perhaps only then, can God be God.”

It seems then that in these difficult times, a Word is being communicated to the Church; it encourages greater stillness and hence the ability to listen deeply and so hear…what the Spirit is saying. Perhaps then, whatever our circumstance[s] we will be able to experience in ways beyond words…the goodness and enabling grace of God.