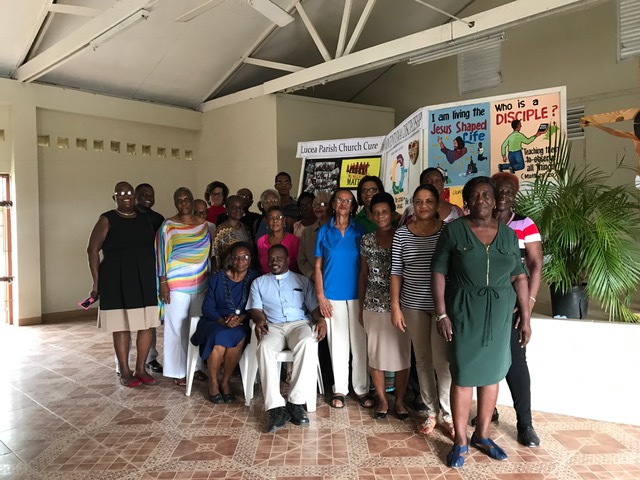 The Very Rev. Andrew Reid, Rector of the Church of the Holy Trinity, Westgate, Montego Bay, is now Rural Dean for St. James and Hanover. His appointment follows the retirement of the Very Rev. Annett Brown who served in that capacity for four years.

A graduate of the United Theological College of the West Indies (UTCWI), Fr. Reid was ordained to the priesthood in 2003.  He subsequently served as Assistant Curate at the Spanish Town Cathedral and Rector of the St. Matthew’s Cure in Claremont, St. Ann before assuming duties in Montego Bay.

Rev. Brown entered the pastoral ministry in 1987 as a Deaconess assigned to the Church of the Resurrection, in Duhaney Park, Kingston. Her other appointments over the years include Youth Coordinator for the Montego Bay Region; Priest-in-Charge and Rector of the St. Michael’s Cure, Kew Park, Westmoreland. She was installed as Rector of Coral Gardens Church, Montego Bay, in 2006; and she became Rural Dean for St. James and Hanover in 2014.