St. Mark’s Parish Church, Mandeville, will celebrate its Patronal Festival and 200 years of Christian Witness in Manchester with an Anniversary Re-dedication Service on Sunday, April 24 at 8:30 a.m. The Rt. Rev. Dr. Howard Gregory, Diocesan Bishop, will be Celebrant and Preacher.

Clergy and other members of the Diocesan family will be joined by civic leaders including the Hon. Mrs. Sally Porteous, Custos of Manchester, and Mrs. Juliet Holness, who will represent Governor General, Sir Patrick Allen; and Prime Minister, the Hon. Andrew Holness, respectively. A joint choir from Manchester High School, deCarteret College and Bishop Gibson High School will lead the singing.

Among the highlights of the Service will be the re-dedication of the building; and two special presentations to the Venerable Egbert Robertson, who was Rector at St. Mark’s for thirty years; and Mrs. Cislyn Robinson for service as Church Secretary, rendered over thirty years.

The Anniversary celebrations which were launched last November, are being held under the theme: “200 Years of Influence – Towards a Vibrant Future.” 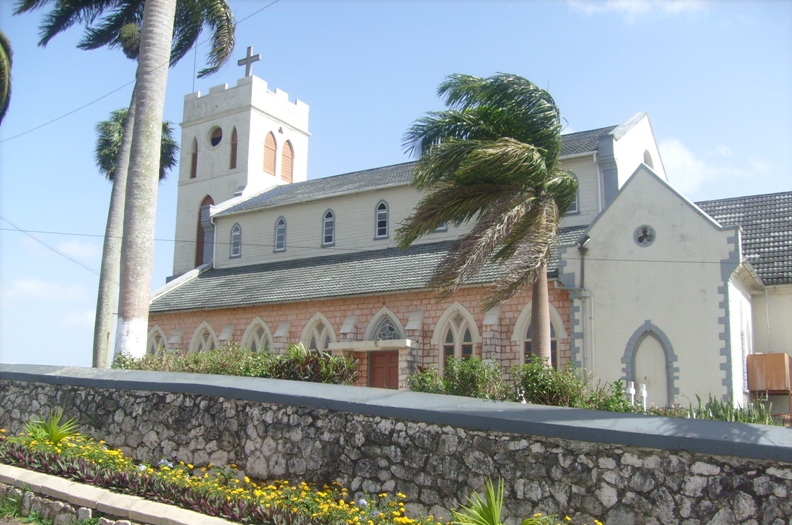 As with so many churches in Jamaica, very little information has been found on the early history of the Church. For example, it is not clear when the parish church received the name of St. Mark’s.

The parish was created because the inhabitants in these areas complained that they were far from judicial and civic services and they had no churches. It is not surprising, therefore, that the erection of public buildings was high on the agenda of the Vestry – the name given to the local government body which was elected by the Freeholders of the new parish at a meeting on July 4, 1816.

It is recorded in the Vestry Minutes – at the Jamaica Archives – that at a meeting on August 27, 1816 it was decided to build “in the following order (1) a court house (2) a parsonage (3) a Gaol or Workhouse (4) a Church, the work to be on contract and tenders invited.” Details and dimensions of the buildings were provided. Present at the meeting was the Rector, the Rev. John A. Trew, who had been appointed to the position on May 16, 1816 by the Governor. There was no Bishop as the Diocese was not established until 1824. At the meeting of the Freeholders of the parish mentioned earlier, it was reported that at the Rector’s request “the Vestry voted him 350 pounds sterling a year for house and servants until the parish provides a glebe”.

The Church building was not completed until 1820 and it is not known where services were held before this. However, the Rev. Trew embarked on his clerical duties and his first recorded baptism was on 18 September 1816. These were for white people, but it is recorded that on December 21, 1816, he baptized “66 slaves the property of John Mackison of Blue Mountain…. at said place at the request of James Davy Esq”.

The Rev. Trew did not stay long because on October 27, 1817 the notorious (or infamous) George Wilson Bridges was appointed Rector, and he remained there until his appointment as Rector of St. Ann in 1823. Bridges was, obviously, a controversial figure; and among the things he did was to rent out the Rectory to be used as a tavern as he said it was too public! He was strongly pro-slavery and was also one of the founders of the Colonial Church Union which was dedicated to maintaining slavery and destroying the churches of the non-conformists. Nevertheless, Frank Cundall in Historic Jamaica said that he “baptized 9,547 slaves and married 2,187”. It was under his leadership that the church building was completed. The chapel, and timber clerestory and tower were added later.

Olive Senior in her Encyclopedia of Jamaican History notes that in “the slave rebellion of 1832 the organ loft was used as a jail”. She says that many non-conformist ministers were implicated in the rebellion and arrested. One of these was the Rev H. G. Pfeiffer a Moravian and “the Mandeville jail was so full that he was locked in the organ loft to await a court martial”.

In its 200 year history, the Manchester Parish Church has had a number of distinguished Rectors including Rt. Rev. Cyril Swaby who was Archdeacon of Southern Middlesex and Rector from 1957 – 61. It is of interest to note that the Rev. Charles Douet, who was Rector from 1892 – 1904, was also the Assistant Bishop of the Diocese for most of the period. Bishop Albert Joscelyne, who was appointed Co-adjutor Bishop in 1905, combined that position with the rectorship of the Church until he left Jamaica in 1913. Bishop Benjamin Vaughan, who in 1961 became the first Suffragan Bishop of Mandeville, also held the post of Rector for a few years.

Over the years, St. Mark’s Church has served the community faithfully and has been a beacon of Christian mission and witness in the city of Mandeville. It frequently hosts Synod Services and other noteworthy Diocesan events.