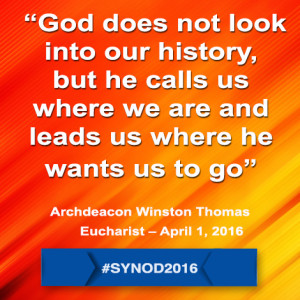 “Jesus appeared once more to his disciples at Lake Tiberias…the disciple whom Jesus loved said to Peter” It is the Lord”.

Introduction: In every age the scientific minds of humans have searched for logical proofs and explanations for the mysteries of life. Two thousand years ago, as well as today, people asked for and are still asking for proof of the resurrection. In the Acts of the Apostles, referred to as the gospel of the resurrection, Luke the author, said that for forty days after his death, Jesus appeared to the disciples many times in ways that proved beyond doubt that he was alive. They saw him and he talked with them.

The empty tomb is the greatest piece of evidence of the resurrection. The women who went to the tomb found it empty. The disciples found it empty. The angel declared that it was empty. The Jewish Council admitted that it was empty. In the ten appearances of Jesus to the disciples, he gave them absolute assurance of his living presence and gave them a divine authority to go and proclaim the significance of his death and resurrection.

In the lesson for the gospel today, we see the risen Lord Jesus Christ manifesting himself in a deliberate way –  He appeared once more to his disciples. We see the risen Lord Jesus Christ coming to the disciples on the level of their experience. He went to where they were. He appeared to them while they were at their regular task as they sought to earn their living.

Jesus will visit us while we are busy doing the common and essential tasks of life – in our homes, in our work places while we carry out our activities. Yes, indeed, he is with us now as we are at worship. We believe our Lord when he says: “For where two or three come together in my name, I am there with them”.

The risen Lord Jesus Christ was concerned and is concerned about the welfare and wellbeing of his disciples. During his discourse with them on his appearance, he showed that concern. He asked them “Have you caught any fish?” They were exhausted and depressed and so there was the negative response. To that negative response he made a suggestion: “Cast your net on the right side of the ship and you will find. They obeyed the Lord.

What was the result? They had a great catch of fish. They realized that it was the risen Lord there talking with them and so John declared to Peter it is the Lord.

Life can be an empty net. We sometimes fail to realize our potential. We may have been casting our net on the wrong side of the sea of life. We may need to change course in terms of where we choose to live, where or in what type of business we involve ourselves; the way in which we respond to the demands of ministry.

The disciples obeyed the suggestion for them to change course. Obedience to the living Lord brings fruitfulness and good success.

Conclusion: The living Lord Jesus Christ appeared to the disciples, met them at their level, gave them his own companionship. He sent them out with the mandate to communicate the good news of God’s love for a lost world. Whatever is our need – salvation from the penalty of sin or salvation from the power of sin – the risen Lord Jesus Christ will give it to us. Remember he comes to us repeatedly on the level of our own experience.

As we continue to celebrate and appropriate to ourselves the benefits of the resurrection, we pray that God will give us the eyes to see him and the faith to respond to his exhortation to be holy in all that we do, just as the God who called us is holy. We are the church, the people of God in the world and we are called to be a holy people.