More than 250 Clergy and Lay Representatives from across the Diocese of Jamaica and the Cayman Islands (Anglican) will meet in Montego Bay, for the second consecutive year, for the 146th Synod of the Church from Tuesday, March 29 to Friday, April 1.

The four-day meeting under the theme “The Church: Called to be a Holy People,” will be preceded by an Opening Service at the St. James Parish Church on March 29 at 4.30 p.m. Several civic leaders and members of the ecumenical fraternity, led by the Hon. Ewen Corrodus, Custos of St. James, who will represent Governor General, Sir Patrick Allen; and The Most Rev. Charles Dufour, Roman Catholic Archbishop and President, the Jamaica Council of Churches, will join members of the Diocese at the Service. The Hon. Mrs. Justice Zaila McCalla, Chief Justice and Chancellor of the Diocese; and Dr. Carl Williams, Commissioner of Police, will also attend.

Highpoint of the Service will be the annual Charge in which the Rt. Rev. Dr. Howard Gregory, Bishop of Jamaica and the Cayman Islands, traditionally addresses issues affecting the Church and the wider community from a biblical perspective; and sets the context for discussions during the Synod.

The business sessions of the Synod will be held at the Holiday Inn Resort; and will begin with the second part of the Lord Bishop’s Charge which will review developments across the Diocese and the wider Anglican Communion in 2015. Financial Reports for the past year, and proposed budgets for the year ended December 31, 2016 will be presented for ratification; as well as Reports from Diocesan organisations, educational institutions, Homes for children and the aged,  and other entities.

Delegates will also focus on the role of the Church against the background of the changing socio-economic environment. These discussions will be guided by presentations by Professor Hopeton Dunn, Director of the Caribbean Institute of Media and Communication (CARIMAC) at the University of the West Indies; and Dr. Carl Williams, Commissioner of Police.

Another highlight of Synod 2016 will be an Award Ceremony on Thursday, March 31 to recognize outstanding achievers in 2015 and retiring members of the Clergy. 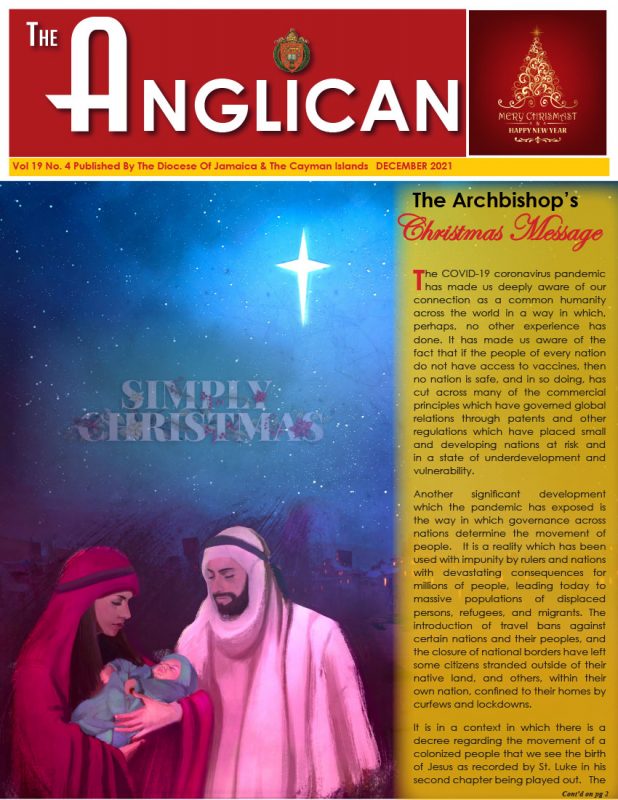