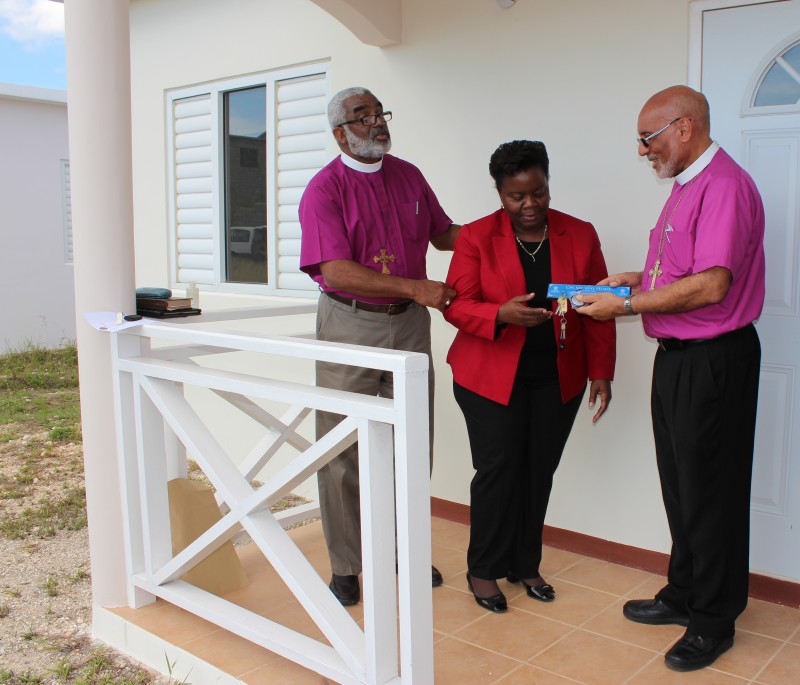 Miss Judith Thompson, Manager of the National Housing Trust’s May Pen Branch, presents the keys to the Longville Park house to Bishop Howard Gregory, while a thankful Bishop Thompson observes.

The Jamaica Church Missionary Society (JCMS) has purchased a two-bedroom house in Phase 3 of the Longville Park community in Clarendon to serve as a base for the fledgling Mission being led by Sister Alvarine Roberts of the Church Army. The house at 572 Olive Road is valued at J$5.84 million and the keys were presented to The Rt. Rev. Howard Gregory, Bishop of Jamaica and The Cayman Islands,  by Miss Judith Thompson, Manager for the National Housing Trust’s May Pen Branch.

Bishop Gregory thanked the NHT for facilitating this phase of the Church’s mission and said the Diocese looked forward to further collaboration with the Trust.

The Rt. Rev. Robert Thompson, Suffragan Bishop of Kingston and Chairman of the JCMS, noted that, “Negotiations for the purchase of this unit began more than two years ago; and we have prayed for this day, which has now become a reality. We now look forward to engaging residents of Longville Park in the ministry of the Church; and, in due course, we plan to acquire land elsewhere in this community to build the Mission.”

Joining the Bishops for the presentation of the keys and tour of the house were the Venerable Winston Thomas, Archdeacon for the Mandeville Region, who has supported the mission project from its inception; Mrs. Carmen Bromley, General Secretary, JCMS; and Messrs. Carl Singh and Desmond Jones, Rector’s and People’s Wardens, respectively, of St. Gabriel’s Church, May Pen.

Sister Roberts has been working in Longville Park and surrounding areas for some two years to bring souls to Christ and meet the spiritual and other special needs of residents in this rapidly growing community, which has approximately 3,500 residents. Among the initiatives undertaken so far are the Alpha Programme of Christian Education for both young persons and adults, as well as an afternoon Sunday School and Parenting Seminar. Starting Sunday, February 22 at 5.30 p.m., Sister Roberts will conduct Lenten Bible Studies at the Olive Road unit.

The community, which is located just outside of Freetown on the outskirts of the Old Harbour bypass, was established in 1993, and is now the second largest scheme in Jamaica and the Caribbean, next only to Portmore, St. Catherine. 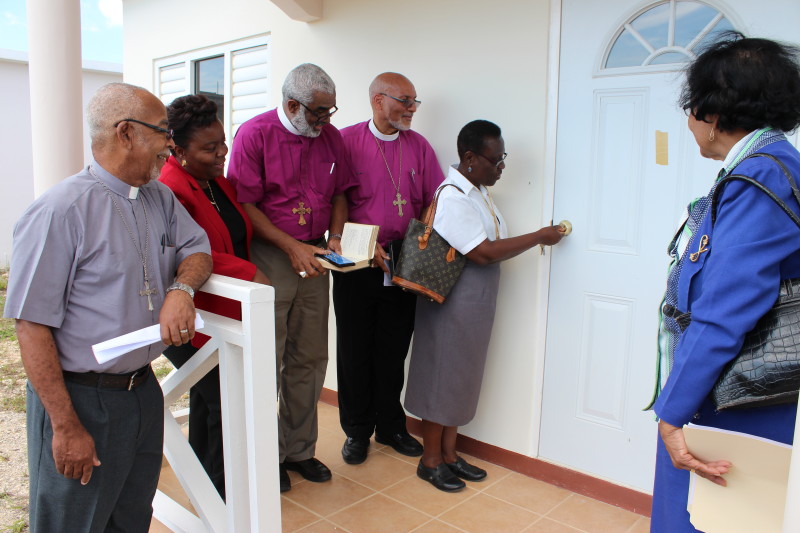