The annual Cathedral Sunday Service held on November 23 at the Cathedral of St. Jago de la Vega, Spanish Town was a special celebration in music and the spoken word, as representatives of congregations and Diocesan educational institutions commemorated the 350th Anniversary of  Anglican Ministry in Jamaica. The Cathedral was the first Anglican Church established on the island following the conquest by the British in 1655; and its first recorded Rector, the Rev. John Henry Hauser, was appointed in October 1664.

A highlight of the Anniversary celebrations was a Choir Festival, the first part of which was held in the historic Emancipation Square and featured choirs from Church Teachers College and Glenmuir High School. The uniformed All Saints Church Marching Band gave a lively display and later led the procession, which included representatives of Diocesan organizations carrying their colourful banners, to the Cathedral for the second part of the afternoon’s programme.

The sermon was delivered by the Rt. Rev Leon Golding, the Suffragan Bishop of Montego Bay.  He pointed to the theme of the 2014 Cathedral Sunday celebrations – “Cathedral Renaissance: Rebirth, Renewal, Revival” and he charged that any renaissance must begin with people. “You and I as the people of God. We must become the place where God dwells.”

He said that a dwelling place for God suggested a relationship with God built around common prayer and unity among members, who are willing to give of their best to the glory of God. Bishop Golding stated that a cathedral renaissance must be a movement forward, a call to change and a new vision under God, with the Church serving as the “prophetic voice and moral consciousness of the nation….We must reach out, touching the lives of the community, of the nation and the Diocese in the name of Christ, the King of kings and Lord of lords,” he asserted. Students take their place in the procession Representatives from St. David’s, Yallahs, one of the oldest churches 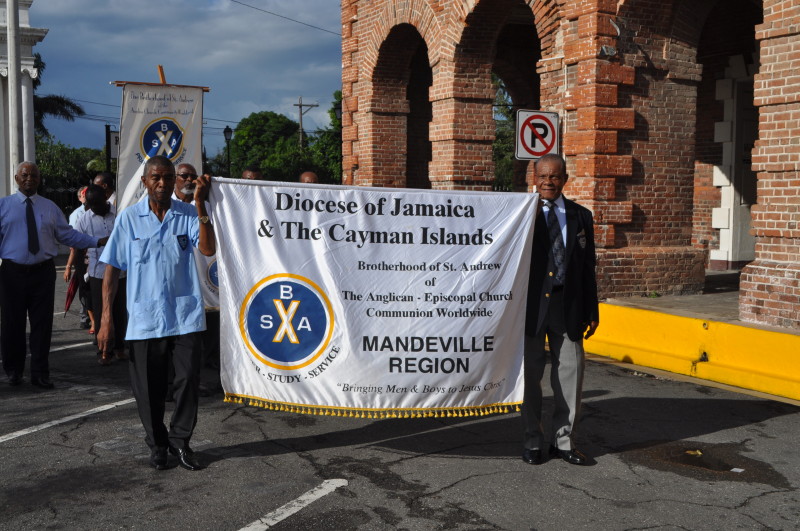 Strong participation from the BSA St. James Preparatory School, from Montego Bay, sang with all their heart The Queen’s School Choral Speaking Choir …”and it was good.”