The Provincial Vice President of the Mothers’ Union in the West Indies and Diocesan President of Guyana, Joan James, has died from injuries sustained in a road traffic accident. Described as a “tireless leader” of the Mothers’ Union, Mrs James was a front seat passenger in an MU minibus travelling to Georgetown in Guyana on 2 January when it collided with a car travelling in the opposite direction. She, along with the driver of the minibus and another passenger, were taken to Georgetown Public Hospital, where Mrs James died on Thursday afternoon.

“Joan was loved by all and will be remembered as an outstanding leader, an encourager and motivator who could mobilise communities to take action in any area of Mothers’ Union work”, the Worldwide President of the Mothers’ Union, Sheran Harper, said. “She worked quietly and humbly, but was very effective in her work, always ready to give others the praise and glory. We will miss her dearly. May her soul rest peacefully in the arms of Jesus. Farewell dear sister and friend. Until we meet again!”

Mothers’ Union Chief Executive, Bev Jullien, added: “Joan was a tower of strength within Mothers’ Union internationally as well as within Guyana, tireless in her service to her community. She was much loved and will be greatly missed by all who knew and worked with her. May she rest in peace and rise in glory.”

Joan became a member of Mothers’ Union 34 years ago and was elected Mothers’ Union Regional Officer for the West Coast Berbice Region. She was recognised as an outstanding leader with the ability to mobilise and inspire branches and communities to take action whether it be in the area of literacy and numeracy, advocacy, campaigning, growing the membership, empowering women and young people or resuscitating branches. She was an encourager and motivator and well respected by all in her region, the MU said in a statement. 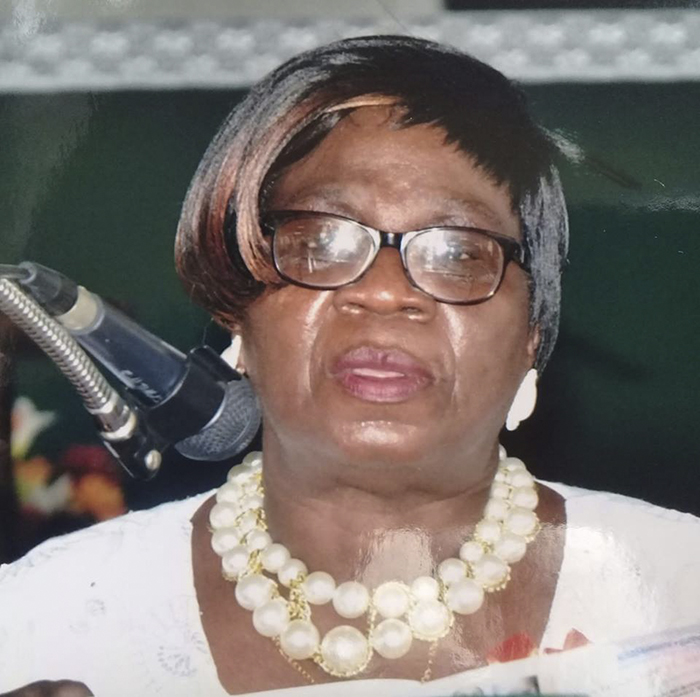 In 2006 she was elected to the Diocese of Guyana’s MU Executive Committee. “She was extremely supportive during my six years as Diocesan President”, Mrs Harper said. “Nothing was ever too much for her. If we had an activity that needed to take place just call Joan and it was sure to happen and be successful too. If funds needed to be raised for a programme or project Joan was at the helm of it in her region.”

She was elected Vice President for Guyana 2012, becoming Diocesan President three years later. In 2017 she was elected Provincial Vice President of West Indies. She was a member of the Diocesan Council, a Lay Reader and Cultural Ambassador. She represented Mothers’ Union in Anglican Communion meetings in Kenya. Within the Mothers’ Union she was known as Sister Joan and within her local community as Teacher Patsy.