“So the priest Hilkiah, Ahikam, Achbor, Shaphan, and Asaiah went to the prophetess Huldah the wife of Shallum son of Tikvah, son of Harhas, keeper of the wardrobe; she resided in Jerusalem in the Second Quarter, where they consulted her. 15 She declared to them, “Thus says the Lord, the God of Israel:” 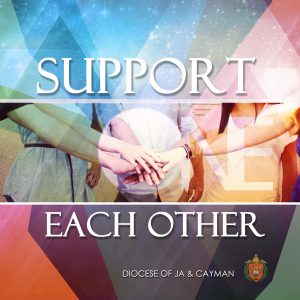 Gender discrepancies have been at play for many years, and the more recent occasions of murder-suicides hints at a conflict in cultural gender norms in an era of rapid social changes. As an example of a changed gender norm that opposes the cultural norm, within the scripture reference above, Prophetess Huldah was the only one in all the land who could interpret the Holy Word of God for the prophets and the king. She was not just the wife of another man, rather, she was a well-learned woman in the ancient language of the scriptures, to be able to relay its message to the elite religious leaders of Israel. A woman who led in the way she did is somewhat abnormal for this community and that era. Today, many would argue that women have no place in leading the church and suggest other arguments of gender biased doctrines.

There are many examples in scripture that counter these claims, but these arguments often appeal to the societal norms of what it means to be man or woman. Our society is now exemplifying numerous highly, educated females, our men should not be intimidated by this, but as I imagine, like Huldah’s husband, should be supportive as well as proud of their achievements.

We should continue to encourage our males to do their best while at the same time change our mindset of dominating and controlling our females.

Gender partnership in achieving our goals is what God intended even during our challenges.

The bible and its liberating messages can be misused to encourage the continuation of gender violence and abuse. As Christians I challenge us to go back and read the stories of Jesus while paying attention to His mannerisms towards women, men and children. Additionally, can you find in the bible other examples of exceptional partners like Huldah and her husband?

Loving God, we commend to your continual care the homes in which your people dwell. Put far from them, we beseech you, every root of bitterness, the desire of vainglory, and the pride of life. Fill them with faith, virtue, knowledge, temperance, patience, and godliness. Knit together in constant affection those who, in marriage, have been made one flesh. Turn the hearts of the parents to the children, and the hearts of the children to the parents; so that we may evermore be kind one to another; through Jesus Christ our Lord. Amen.