You are invited to the launch of the book by Lloyd A. Cooke of his most recent Missions book, A GOODLY HERITAGE: The Legacy of a Family of Planter-Preachers Who Helped Plant the Church in Jamaica and the World. This will take place at the St. Andrew Parish Church hall, on Thursday evening February 8th beginning at 6:00 p.m.

The book highlights the role played by some Jamaican Planter families in evangelizing slaves in Jamaica, despite their general reputation of showing little regard for the souls of their slaves.

It also focuses on the role that some Anglican ministers/missionaries played in this work, and in the place that St. Andrew’s Parish Church in particular did to facilitate such efforts.

We look forward to seeing you there.

Contributed by:
Lloyd A. Cooke 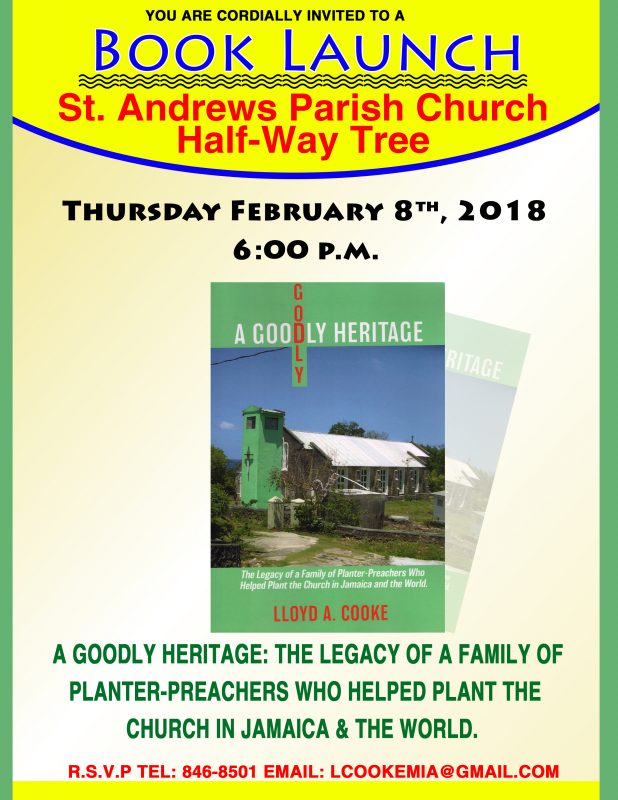